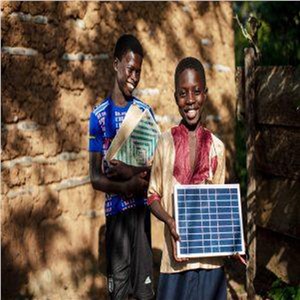 West Africa-based pay-as-you-go (PAYG) solar company PEG Africa has raised a US$5 million debt round, taking its total secured investment to US$55 million as it bids to continue its rapid growth in existing markets.

Founded in 2015, PEG Africa deploys solar home systems to households and SMEs in West Africa, which customers pay for over time. This helps them replace their perpetual spending on poor-quality polluting fuels such as kerosene and diesel with solar energy.

The company serves 400,000 daily users in Ghana, Cote d’Ivoire and Senegal, and is now planning to build on its market-leading position in those markets after securing funding from ElectriFI, an electrification financing initiative funded by the European Union (EU). The US$5 million comes in the form of subordinated junior debt, and will be used for further growth.

“PEG has almost doubled in size every year since 2015. The growth we have seen over the last 4.5 years is testament to the huge impact PEG Africa's financing and energy solutions are having in power-starved regions in West Africa. We are now focused on ensuring even more homes and businesses are able to access these solutions. Working with partners such as ElectriFI will help PEG fulfil its potential more quickly,” said PEG Africa CEO Hugh Whalan.

“The fact we are now able to raise a significant amount of our funding in debt demonstrates that our approach is financially sustainable. We are delighted to work with ElectriFI to further accelerate our growth.”

ElectriFI fund manager Dominiek Deconinck said the initiative was “thrilled” to support PEG Africa on its continued growth path, and catalyse the financing by the UK’s CDC Group, which together with SunFunder provided a US$15 million senior secured debt facility in local currency earlier in 2019 as part of a US$25 million Series C funding round raised by PEG.

“With 82.000 direct new connections by the end of 2019, together adding not less than 1.7 MW with Solar Home Systems, ElectriFI’s investment in PEG will strongly contribute to improving quality of life through renewable energy in the markets it operates in,” Deconinck said.