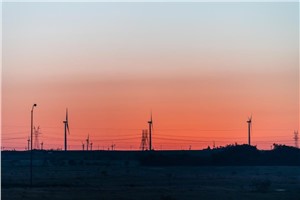 The move is a sign of the growing status and confidence of the storage sector as well.

Having previously largely developed standalone storage projects or being brought in to assist with storage bolt-ons to generation projects, GlidePath Energy’s proactive play, and the scale of it, is telling.

The company has acquired 149MW of operational wind farms in North Texas that currently sell their power into the Southwest Power Pool (SPP). GlidePath says its operations team will initially tweak the wind farms before it takes “a unique opportunity to optimize the performance of the wind farms through the addition of battery storage”. The company has already started on a merchant storage project in Texas.

A smaller battery rollout with a shorter duration could be used to regulate the power sent from the sites to the grid. A more ambitious approach would be a larger system able to shift or at least stretch the power generated into times of day with more demand.

“We believe there’s an opportunity to build out storage facilities up to the nameplate capacity of the wind farms in the portfolio. There’s great potential for storage to reduce transmission congestion and improve the economics of wind farms in SPP and other markets.”

“There is significant potential for energy storage to provide added value for existing renewable energy projects. Generally, this opportunity has been confined to solar due to Investment Tax Credit eligibility but also its more predictable generation profile.”

That is now changing.

“As wind provides an increasing percentage of capacity in organized markets, however, and battery prices continue to fall, we are seeing more developers speculating that storing wind energy may be viable,” says Finn-Foley.

“While GlidePath’s investment is significant, they are not the only one making bets on the Southwest Power Pool market – the Regional Transmission Organization’s interconnection queue has more than 70 energy storage projects listed, with almost 7GW of capacity, indicating that the prospect of playing in the market is drawing significant attention.”

At the end of 2018 Wood Mackenzie put the entire energy storage pipeline in the U.S. at 32.9GW so the 7GW just in the SPP is a substantial chunk.

As more renewables come online, the chance of negative pricing events increases. It has been happening in Germany and the U.K. already.

“Success for GlidePath will be determined by how they monetize any potential storage systems and add value to the wind assets. If they see a risk for future energy market volatility or an increase in negative price signals then storage would be an appealing asset to hedge against that risk, so it’s notable that two of the most wind-heavy regions in the country, SPP and ERCOT, are seeing significant interest from storage developers,” adds Finn-Foley.