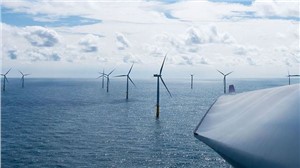 The company doubled net income to €88 million in the first nine months of FY 2019, while net income in the third quarter was €21 million. Net debt amounted to €191 million at 30 June, driven by the increase in working capital ahead of peak wind turbine activity in the fourth quarter.

Performance is in line with the guidance range for FY 2019 (revenues of €10,000-€11,000 million and EBIT margin pre-PPA and integration and restructuring costs of 7-8.5%), despite the third quarter being affected by emerging market volatility and execution challenges in some onshore projects. Although short-term headwinds temporarily hamper group margins, Siemens Gamesa’s long-term prospects remain solid thanks to a record backlog, geographical and business diversification and one of the most competitive product portfolios, both onshore and offshore.

The company will update on its competitive business strategy and performance in a Capital Markets Day during the first half of 2020.
Strong commercial activity

Commercial activity remained sound during the period, supported by strong growth in all business units, particularly new offshore markets such as Taiwan. The company attained a record well-balanced backlog of €25.1 billion (+8% YoY), driven by its highest-ever single-quarter order intake, amounting to €4.7bn, up 42% YoY, and sound order intake in the last twelve months amounting to €12.3bn, up 2.2% YoY. This lends visibility to the remainder of the fiscal year, with 98% of the mid-point of the revenue guidance covered at the 9-month mark.

Despite this complex short-term industry environment, long-term prospects remain positive, with average annual wind installations set to roughly double through 2040, according to the International Energy Agency. Siemens Gamesa is well positioned to benefit from growth drivers due to its leadership in offshore and strong position in emerging onshore markets.