NSW to Loan Up to $14,000 to Homes for Rooftop Solar and Batteries 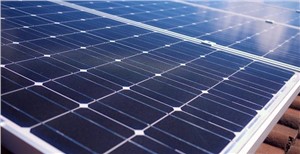 The NSW Government has released new details about the zero-interest Empowering Homes loans program, which will see loans of up to $14,000 offered to households, but with no guarantees that households will be financially better off under the program.

The details have been published in a ‘market sounding’ paper released by the NSW Department of Planning and Environment, seeking feedback from the industry on the proposed design of the Empowering Homes program.

It is the most amount of detail made available about the design of the loans scheme since its announcement as an election promise in February, with the program being funded through the NSW Government’s Climate Change Fund, the state’s flagship initiative to support increased clean energy uptake.

Under the Empowering Homes program, NSW households will be offered loans of up to $9,000 for the installation of a battery storage system, and up to $14,000 for a battery system combined with a rooftop solar system.

Access to the loans will be means-tested, with loans limited to owner-occupiers with a combined household income of up to $180,000. This will mean that renters will be locked out of the program, however those living in townhouses or apartment buildings could be eligible for a loan, provided permission is received from any relevant strata body.

Tell a friend:
NSW to Loan Up to $14,000 to Homes for Rooftop Solar and Batteries