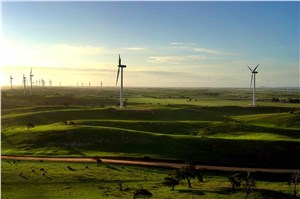 The latest Tesla big battery to be installed in Australia’s main grid – at the Lake Bonney wind farm in South Australia – is facing connection delays and is now not likely to be completed until the September quarter.

Infigen Energy, which is installing the 25MW/52MWh battery, using Tesla Powerpacks, at the 275MW Lake Bonney wind farm, had expected the first stage of the battery to be completed in February and the second stage in May.

But in its first quarter production report, released last week, Infigen reveals that while the “physical installation” of the $38 million battery is substantially complete, including the inverters and related balance of plant, connection issues are still being worked through.

“Studies are continuing between Infigen, the market operator and the network service provider in relation to finalising connection and access to the electricity grid,” Infigen says in its statement.

“Based on progress to date, full commercial operation of the BESS is now expected in Q1 FY20.” Which is the September quarter. As recently as February, the company said the battery should be commissioned in the current quarter.

Infigen is not the only company facing delays due to connection issues with either the market operator, the local networks service provider, or both. Connection costs and delays have caused mayhem in certain parts of the market, causing cost blowouts in a number of projects across the country.

Cost over-runs – not always due to connection issues – have claimed leading contracting firm RCR Tomlinson, which is now liquidated, and more recently Tempo Australia, which has suspended its shares because of potential cost blowouts at the Cohuna solar project in Victoria.

The experience with new batteries is completely different to the first Tesla big battery, at the Hornsdale Power Reserve, which was delivered in less than 100 days – as promised by Tesla CEO Elon Musk.

However, most recent battery installations have faced short or longer delays, for a variety of different reasons. These include the Dalrymple North battery in South Australia, and the two batteries in Victoria, at Ballarat and Gannawarra.

Tesla has battery installations complete or under construction, or in commissioning, at Hornsdale, Gannawarra, Lake Bonney, Bulgana and Kennedy.

The Lake Bonney battery is receiving $5 million in funding from each of the Australian Renewable Energy Agency and the South Australia government.

The battery will provide frequency and ancillary services to the grid, as well as storing energy from the wind farm, allowing Infigen to “firm” its supply supply contracts with commercial and industrial customers.