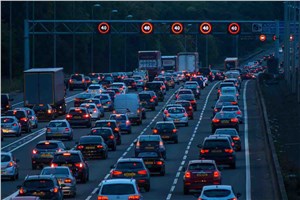 This analyst note tries to set out some facts about electric vehicles as they apply in Australia. We draw on ABS, Department of Transport, Greenhouse gas and Energeia as our main sources.

As there are quite a lot of unit conversions there may well be some errors. And I’d note I still recall a childhood memory of reading vehicle and pronouncing it “vechile,” and enduring (more than 50 years of) embarrassment. I don’t plan to spend much time on EVs, but the lack of facts in the public discussion to date is disappointing.

My bottom line is that EVs still face barriers. I doubt that cost is the main one – it’s the lack of model choice and the lack of infrastructure and the compromises still required in the few models that are available.

I use my own situation to think about the averages. Apparently 99 per cent of car trips are less than 50km, or a round trip of less than 100km. However, even though many of my own trips fall within that range, many do not. Charging an EV in a country town is unlikely to be easy right now.

The choice in EV models is still very limited. I drive a compact station wagon (estate if you will). It’s perfect for my needs, in terms of flat boot, easy city parking and performance. There is no equivalent electric vehicle in Australia. Never mind the price.

Even the newer EVs still require compromises. Look at the Hyundai Ioniq, in terms of spare tyres and boot space. So I don’t drive an EV. Despite the readership base of RenewEconomy, most reading this article don’t drive an EV either.

The problems are probably going to go away, but it’s not going to happen in a hurry. This is one industry where Australia depends on the international market to provide supply. Still, better and future-proofed charging infrastructure would definitely help local importers to push their offshore bosses, as will the prospect of 25K per year of government orders.

A Paywalled Economist article notes that it’s mostly luxury brands moving to EVs because their buyers can afford the premium. Mercedes, for example, has committed $A16 billion of investment, aiming for 20 per cent EV sales by 2025. BMW, losing money on its i3 hatchback, wants to build compromise platforms.

Mid-market car companies are making noises, but are a long way from committing to big investments.

They don’t make enough margin to just go for it. It’s probably at least four to five years from commitment to fully fledged products, so this automatically means the model ranges available in Australia will be limited. Toyota, for instance, is planning 10 models by the early 2020s, but is probably still half committed to hydrogen.

So for Australia, as things currently stand, VW as an historically mainstream brand is likely to be very important. Its “ID” hatch back will cost €30,000, still expensive in Australia.

It also just unveiled an SUV (essential in the Australian and probably USA market). Finally, The Economist notes that VW has 40,000 global suppliers in the value chain, so this industry can be disrupted by simpler EVs from the likes of Tesla or, say, Dyson.

In short, Australia can do much better on EVs in the short term, but mass popularity is unlikely until the model range greatly increases and that will take years.