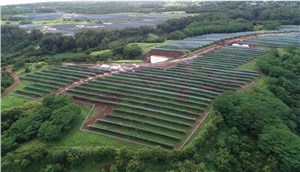 Hawaiian Electric is preparing for the end of fossil fuels on the islands by beginning the second phase of its ambitious renewable energy resource procurement plan, seeking almost 300GWh of annual renewable solar power and 1,378MWh of energy storage capacity.

The Hawaiian Electric Companies last week submitted for approval a Request for Proposals (RfP) with the state’s Public Utilities Commission.

This will be the second phase of an already successful renewable resource procurement plan which, only earlier this month, saw the company award six grid-scale solar and battery storage projects for a total of 247 MW and almost 1 GWh of battery storage, and at prices of less than 10c/kWh, easily cheaper than the supply it replaces.

Together, the projects amounted to the largest and lowest-cost portfolio of renewable energy and storage resources to be assembled at one time in Hawaii.

This is all part of the company’s plans to retire fossil fuel power plants on the islands of Maui and Oahu within the next five years.

Specifically, Hawaiian Electric is looking to replace the 180MW coal-fired AES Hawaii plant in Campbell Industrial Park which is due to close by September 2022, and the 37.6 MW oil-fired Kahului Power Plant which is due for retirement by the end of 2024.

Hawaiian Electric’s plans also play into Hawaii’s target of generating 100% of their electricity sales from renewable energy sources by 2045, announced back in 2015. Hawaiian Electric published its own detailed plan a year later in which it outlined how it would likely beat each of the interim goals and reach 100% renewables by 2040.

This second procurement phase is open to all variable renewable and storage resources with the intention of bringing the successful projects online by 2022. Hawaiian Electric is seeking projects to meet the following requirements:

In replacing the Oahu coal-fired power plant, Hawaiian Electric is planning to use some of the new projects as well as three solar + storage projects which were recently approved, in addition to other solar and wind projects planned or under construction.