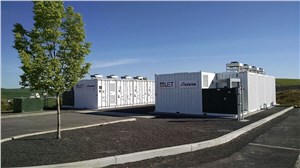 Highview Power, the global leader in long-duration energy storage solutions, announced today that it has tapped Alexander Silin as Sales Director of Eastern Europe and the Middle East. Silin, a former General Manager of Sales for Western Europe at GE Gas Power Systems, brings over 25 years of sales experience in the energy industry across diverse global markets. Silin is a recognized global leader in combined-cycle gas plants and has a proven growth record with $5 billion in orders during his tenure at GE.

“Alexander will bring valuable experience and solid relationships with energy industry leaders to Highview Power, along with a great track record in winning and closing complex energy project and technology deals,” said Javier Cavada, president and CEO of Highview Power. “We are excited to have an executive of his calibre join our team. His decision to come to Highview Power from an energy giant like GE speaks volumes about his belief in our technology.” Cavada recently delivered a keynote address at the GE Baker Hughes 2019 Global Annual Meeting.

Silin began his career at GE in 1994. Starting in engineering, he quickly moved into a sales role and held sales, country and regional leadership positions at GE Power for key markets including Russia, Central Asia, Israel and across Eastern and Western Europe. Silin earned his Master of Science in Power Plant Thermal Physics ‘with honours’ from Moscow Power Engineering University. He is fluent in both English and Russian.

Highview Power’s cryogenic energy storage systems have pumped-hydro capacity without any geographic constraints. Its proprietary technology uses liquid air as the storage medium and can deliver anywhere from 20 MW/80 MWh to more than 200 MW/1.2 GWh of energy, has a lifetime of 30 to 40 years, and can easily be decommissioned and recycled at the end of life. Highview Power enables critical operations for utilities and independent power producers by delivering the lowest cost clean energy solution for large scale, long-duration applications.