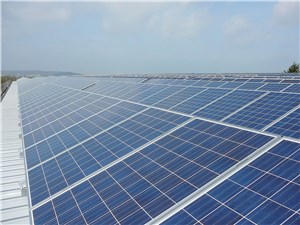 Now, it's a turning point for solar power production in southern France. The resident photovoltaic system operators can offer green electricity at competitive prices, and thus the projects can be economically feasible without government subsidies.

Jürgen Leinmüller, Managing Director of Green City Energy France, commented, "We are excited to collaborate with a strong business partner like Renesola to leverage their expertise in developing solar projects at grid parity around the world.  Power generation from renewable energy sources has gained traction in different parts of the world, driven by continued decline in the costs of electricity generation. More importantly, power generation from solar and wind is starting to displace fossil fuel power generation without the need for government funding at the price of the customers. With grid parity in southern France, we expect approximately 50 percent of the planned solar plants to go online without feed-in tariffs.  Green City Energy and ReneSola intend to provide a combination of 50 percent solar systems with government subsidies and the remaining 50 percent without subsidies."

Josef Kastner, Managing Director of ReneSola Engineering International GmbH, commented, "We already have a solid relationship with Green City, as we have collaborated in a few rooftop solar systems.  The partnership we are forming today builds on a key partner relationship in one of the growing geographic regions and further capitalizes on our expertise while expanding the market opportunity."

Under the terms of the partnership agreement, ReneSola and Green City Energy AG have formed a joint holding company. ReneSola owns 95 percent of the joint holding company during the development period that is estimated to be approximately two years. Following the project development phase, Green City Energy AG will take control of the solar plants entirely.