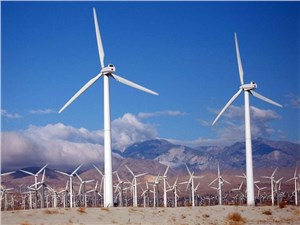 The American Wind Energy Association (AWEA) announced the publication of a report touting wind as both a cost-effective and a reliable source of energy for the electricity grid. The report—which was supported with AWEA funding and written by the Analysis Group—presents energy-source diversity on the grid as a necessary good and wind’s emergence as a product of market forces. IER’s initial response can be found here and today we will follow up with an addendum from IER’s chief economist, Dr. Robert Murphy. Murphy’s commentary can be read below:

The Analysis Group report illustrates the familiar two-step in current energy policy debates. On the one hand, it is considered critical to keep in place measures such as state-based Renewable Portfolio Standards (RPS) and federal measures such as the Production Tax Credit (PTC) and the so-called Clean Power Plan (CPP). On the other hand, when critics object to the distortions that these measures cause, the defenders rush to claim that these policies have very little impact on the energy sector, because the major changes are all driven by market fundamentals. So which is it? If most of the changes really are driven by the market, then the interventionists shouldn’t defend RPS, PTC, CPP, and so on with such vigor.

To reiterate, this contradiction is evident in the Analysis Group report. Ostensibly the report seems to knock down the objections to interventions that promote wind and solar power, by claiming that the major changes in the electricity generation sector are caused by fundamentals, rather than government policies:

[T]he evidence shows that electricity markets have undergone a fundamental shift, one that is dominated by fundamental forces of electricity market supply, demand, and pricing that took shape with the shale gas boom and the economic downturn in the 2008-2009 period, but that also includes the rapid growth of renewables as costs declined and performance improved. (Analysis Group, p. 23)

We don’t need to argue about this conclusion. Let’s assume for the sake of argument that the Analysis Group is right.

In that case, the strong advocates for RPS, PTC, CPP, and other energy-sector interventions are wrong for thinking their favorite measures are actually that important. They should join forces with IER, where we have been saying all along that we don’t favor one energy source versus another. Rather, our point has always been that a neutral tax and regulatory environment—where policymakers and officials do not penalize or reward particular technologies—is most conducive to consumer well-being.

Besides making economic sense, the de-politicization of energy markets would reduce conflict. For example, the Analysis Group authors are somewhat cynical about certain players in the debate, when they write that objections about grid reliability sometimes “reflect a first line of defense by opponents of the changes underway in the industry” (p. 2). But this claim only makes sense in the context of political interventions. If we had a relatively free market in energy, any industry group who saw their market share decreasing would have no one to complain to, except their customers. The only reason we are even talking about “offense” and “first line of defense” in this context, is that certain groups are advocating policy measures where the government will intervene to help some energy sources and hurt others. No wonder the debate has become politicized.

As an additional point, we should clarify the Analysis Group’s contention regarding consumers and diversification. On page 2 they write: “The ongoing diversification of generation supply…has lowered wholesale electricity costs in most parts of the U.S. and has contributed to recent declines in consumers’ overall cost of living.”

No doubt, the supporters of the PTC and other renewables mandates would take this as evidence that their policies help consumers.

However, it’s not the diversification of energy sources per se that causes electricity prices to drop. It depends on the cause of the diversification. For example, the fracking boom did indeed cause the price of natural gas to fall, which led to a shift away from coal-fired and into gas-fired power plants. This is a market phenomenon which clearly benefits consumers; falling costs of production ultimately lead to lower retail prices in a competitive market.

But if a change in the energy mix results not from market forces but instead from political mandates, then this raises energy prices for consumers (other things equal). And finally, to the extent that tax credits lower wholesale (and hence retail) prices, note that this outcome is still less advantageous than if a general tax cut were given to the energy sector as a whole (rather than singling out specific producers).