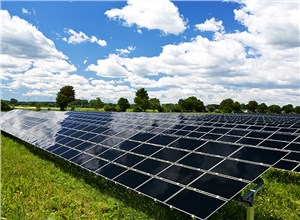 New York’s deal with Silevo Inc. is a sham and illustrates the problems that arise when politicians use taxpayer money to attract and reward favored industries. Silevo, which was acquired by Solar City, is a photovoltaic cell and module technology company that developed the proprietary Triex solar modules. New York’s deal with Silevo was to establish a manufacturing facility to produce 1 gigawatt worth (10,000 solar panels a day) of its Triex module technology with the potential of adding an additional 5 gigawatts of capacity in a later phase.

The agreement granted Silevo the use of a 1,000,000-square-foot factory in Buffalo, occupying 88 acres, with a lease that runs for 10 years and a 10-year renewal right. The rent is $1 or $2 per year. New York promised to spend $750 million on the factory and purchasing manufacturing equipment. [i]

In return, Silevo agreed to employ at least 1,460 people in “high tech jobs” at the factory, with 900 of those hires to be made within two years after completion of the factory; to retain the 1,460 high tech workers for at least five years; and to employ an additional 2,000 people over the first five years to support downstream solar panel sales and installation activities within New York. In addition to those jobs, Silevo agreed to help attract and retain an additional 1,440 “support jobs” in New York, for a total of 4,900 jobs. It also agreed to spend approximately $5 billion in capital expenses, operating expenses, and other costs over a 10-year period after full production began.

After the initial agreement made in 2014, modifications were made with Solar City, who acquired Silevo in June 2014, which watered down the agreement. The 1,460 high tech jobs turned into just 1,460 jobs with no “high tech” requirement. Instead of Solar City being required to hire 900 of those employees during the first two years after factory completion, only 500 were required. Further, the wording regarding the 2,000 hires, “to support downstream solar panels sales and installation activities within New York” was removed. Also, seven delays were made to the factory completion date originally set for December 15, 2015 and finally set for March 31, 2017.

At this point, three years after the original agreement, none of the achievements promised in 2014 has occurred: no solar cells have been produced at the factory, there are no Buffalo jobs and the Silevo solar cell technology, Triex, has been abandoned by Solar City. Solar City has pushed back the target date for full production at the Buffalo factory from the first quarter of 2017 to later in the year . [ii]  The plant is now expected to open this summer, with full production planned by the end of the year. [iii]

In fact, Tesla, who acquired Solar City, has partnered with Panasonic to build solar cells and modules in Buffalo, New York, implying that Solar City’s Silevo endeavor is a failure. [iv] According to Tesla’s blog post, the factory will produce Panasonic’s “high-efficiency PV cells and modules” and Panasonic will invest over $256 million in the Buffalo factory. [v]