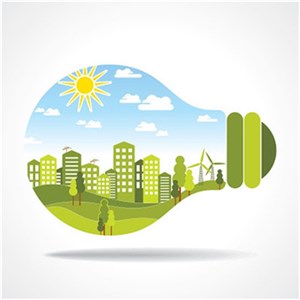 The driving factors for the growth of smart cities market are technological advancements in the field of IoT, cloud, sensors, & mobility; growing demographics & hyper-urbanization; government initiatives; growing energy consumption & requirement for optimization of energy usage during peak hours; increasing share of renewable energy and limitations in capacity expansion; and decrease in operational cost for smart building infrastructures in capacity expansion.

The building technology has significantly changed over time, and various disciplines such as building automation for facility and emergency response management, building energy optimization, parking management, and in-building communication systems, are now being widely adopted. Green building initiates have taken up a center stage across many countries, especially across the Europe, North America, and APAC region. Focus on reduction in energy consumption and concerns over proliferation of environmental wastes are major driving factors for green building initiatives. Transportation is another major growing focus area during the forecast period. Smart transportation solutions have been successfully deployed in some of the major metropolitan cities around the world, diminishing traffic congestion issues.

Among the regions, Europe is expected to be the highest contributor followed by APAC. The market is in the emerging stage in the regions of Europe, APAC, Latin America, and the Middle-East and Africa (MEA). Therefore, these regions present immense scope for the development of smart cities. Moreover, there is a huge return on investment  in the smart cities market but low levels of operational efficiency in emerging countries and absence or lack of robust telecom and networking infrastructures in these regions is the major restraining factor for the faster development of smart cities.