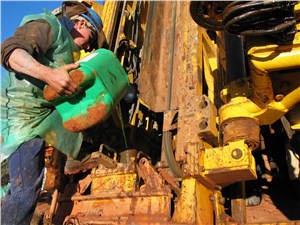 OSPAR countries have high growth potential for drilling waste management services, owing to the limited number of norms to be followed for the disposal of water-based muds.

The report on drilling waste management regulations details the country-wise regulations imposed by respective governmental, federal, or local agencies on the discharge and disposal of the drilling waste generated during exploration and drilling. Drilling and exploration activities generate two types of waste: drilling cuttings and used drilling fluids. Most of the wastes associated with oil & gas drilling activities pose significant threats to the environment. These wastes need to be effectively treated and disposed of to minimize their impact on the environment. The report also provides details about various technologies used for drilling waste management. The technologies analyzed in the study include solids control, waste recycling/reuse, onsite disposal/burial, bioremediation, incineration, thermal desorption, and deep well injection.

Water-based mud is the most widely adopted mud across the globe, given its minimal environmental impact and disposal regulations.

On the basis of mud type, waste disposal regulations are subsegmented into water-based, oil-based, and synthetic-based. Oil-based and synthetic-based muds both fall under the category of non-aqueous drilling fluid type. Non-aqueous fluids are composed of either refined oil or synthetic materials as the primary fluid phase, unlike water-based drilling fluids, which have fresh water or salt water as their primary base fluid. Water-based mud is the most commonly used mud and accounts for over 80% of the market, owing to its eco-friendliness and easy availability. This type of drilling mud is subjected to the least number of prohibitions and limitations. Most countries allow offshore discharge and disposal of water-based muds and cuttings.

The North American region comprises the U.S. and Canada countries that enforce multiple laws and legislation dealing with the disposal and discharge of drilling wastes. The region therefore accounts for more than half of the drilling waste services market. The North American market has been hit hard by the fall in global crude oil prices, with the U.S. drilling rig count declining by nearly 60% from January 2015 to January 2016. The U.S. is divided into five prime regions with regard to regulations—namely, the U.S. Gulf of Mexico, California, Louisiana, Texas, and the rest of the U.S.

Onsite disposal is the most preferred disposal method among companies.