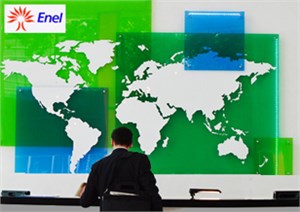 Enel Green Power says goodbye to 2015 with three records and achievements that add value to a year already characterised by exceptional events, such as the opening of new plants in Europe and Latin America, the launch of cutting-edge projects like the integration of storage systems into solar and wind plants and the new markets it has entered in the Asia-Pacific, following the purchase of a majority stake in the India-based company BLP Energy.

10.6 GW of total installed capacity is the first record with which Enel Green Power says goodbye to 2015 and passes the baton to 2016, marking the umpteenth step forward along the path of growth that has distinguished the company’s history since its foundation. In fact, EGP’s development started from a total installed capacity of 4.8 GW in 2009, which then became 6.1 GW in 2010, 8 GW in 2012, and 9.6 GW in 2014, before reaching the current 10.6 GW.

EGP’s geothermal power in Italy reached the all-time daily production record on 16 December of 16.9 GWh, with fully operating turbines. This record that confirms a ‘tradition’ established in Enel Green Power’s Tuscan geothermal operations, which normally welcome the new year by delivering the unprecedented numbers of the previous one. As in 2014, when EGP’s geothermal power heralded in 2015 with a production record - which was then annual – of 5,548 GWh. And now the tradition is repeated once more for the beginning of 2016.

Tell a friend:
Enel Green Power says goodbye to 2015 with three records, 7 new plants online and a lot of innovation